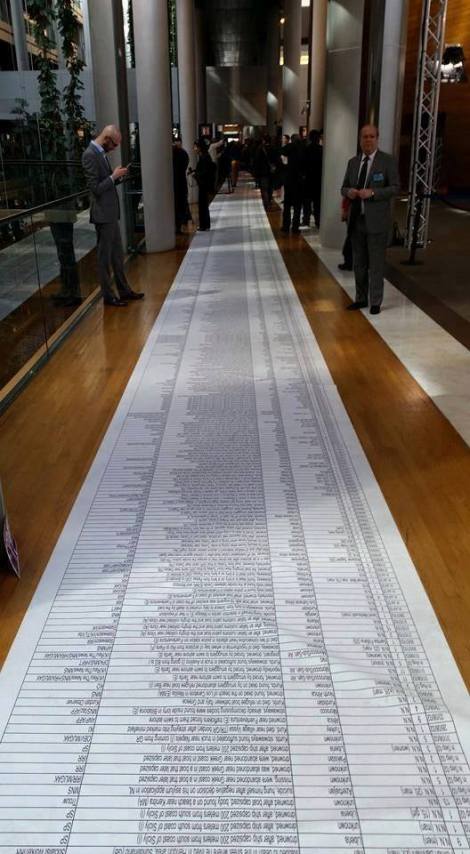 These are hard times for the europeanist people. If the austerity neo-liberal measures and the thousands of migrants dead in the Mediterranean were enough to feel ashamed of this Union; now the deal with the Turkey makes for most of us impossible and undesirable to defend it.

For many citizens who in the second half of the 20th century lived under totalitarian regimes, the EU represented modernity and freedom. Furthermore, from the Catalan Countries perspective, once we became EU members, we welcomed the millions of Euros from different communitarian funds that helped our economy to develop. Logically, when the EU enlarged in 2004 and 2007, we understood that we had to become net contributors in other to support these new regions economies. Despite traditionally being one of the most pro-european regions, the feeling of shame with this European Union is growing. The narrative that promoted the construction of the union since the end of the 2nd World War, is over.

EU-Turkey agreement on refugees, was a missile to the Universal Declaration of Human Rights, specifically to its article 14. According to the deal, all migrants arriving in Greece from Turkey would be returned, and for each Syrian sent back, a Syrian in Turkey would be resettled in the EU. Logically, the United Nations raised its concerns, stating that “any collective expulsion is not consistent with the European law” (despite in the Spanish State we have daily seen collective expulsion of “illegal” immigrants since the 2000’s).

Furthermore, the deal included preparations for a decision on the opening of new chapters in talks on EU membership for Turkey. Without giving its back to the citizens who are fighting for democracy and freedom, is shameful to accept more discussions about Turkey’s admission to the European Union, when this country is massacring its Kurdish population, has sheltered ISIS fighters, it’s violating the press freedom, and it’s violently repressing social protest. Fortunately the European “human right champion” Viktor Orbán already indicated he may veto the resettlement deal. If somebody thought that the EU was betting with human beings in a poker match, here is the evidence.

We should remember that the so called “refugee crisis” could be solved by creating a free passage to allow asylum seekers to enter Europe legally and safely. It’s insulting that while 80.000 refugees are living in the Zaatari camp in Jordan (the third largest in the Middle East), and other 13.000 are trapped in the Macedonian-Greek border; the EU only accepts to shelter 20.000 asylum-seekers on a voluntary basis.

Good bye European Union, bon voyage Donald Tusk. We will continue struggle for the B plan that we always had: The Europe of the Peoples.